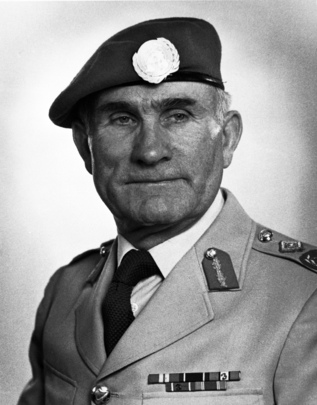 Commissioned by ARCO, Colonel George Kerton (Retd) has written this article marking the centenary of the birth of one of Ireland’s outstanding peacekeepers, Lieutenant-General William Callaghan DSM who was born in County Cork on 03 July 1921.

Forty years ago, Major-General William Callaghan assumed command of the United Nations Interim Force in Lebanon (UNIFIL) from Lieutenant-General Emmanuel Alexander Erskine (Ghana) who was the first Force Commander of UNIFIL.  Major-General Callaghan was well experienced in peacekeeping operations having served in the Congo, Cyprus and in the Middle East in command appointments.  In this article, we look back on his contribution to the Defence Forces and to the United Nations during a military career spanning forty-eight years.