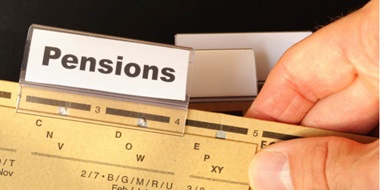 Whereas significant progress has been made in recent years on our Membership Campaign, on our Mentoring and Networking Projects, on our Website, coupled with the launching of our Social Media Platforms, the subject of Pensions remains a key objective of our Association.

Arising from the Independent Public Service Pay Commission’s Report, with effect from 04 July 2019, as an integral component of core pay, an increase in the universal Military Service Allowance (MSA) was retrospectively reflected in the remuneration of serving commissioned officers, up to and including the rank of Colonel and Captain (NS), and all enlisted personnel.  The increase was also reflected in relevant military pensions commencing on or after 04 July 2019.

However, the MSA increase was not reflected in those military pensions with a MSA component, already in payment before 04 July 2019.  This had an undue effect on the living conditions of all Defence Forces Veterans, spouses, civil partners, and dependent children.

In four submissions to the Minister of State with Responsibility for Defence, (31 October 2019, 16 December 2019, 15 January 2020 and 05 March 2020), and a subsequent submission to the Minister of Defence on 17 July 2020, ARCO advanced the case that no grounds exist, for not including the 2019 MSA increase in those military pensions, that were already in payment on 03 July 2019.  Parallel cases were made to the Department of Public Expenditure and Reform.

It should be recalled that ARCO’s five submissions were inclusive in nature, championing the case for all Defence Forces Veterans, namely retired commissioned officers, and enlisted personnel, coupled with spouses of deceased personnel.

On the 23 February 2021, the Minister of Defence has advised ARCO that the benefit of the MSA increase will be paid to military pensions, that already include an MSA component, backdated to 04 July 2019.