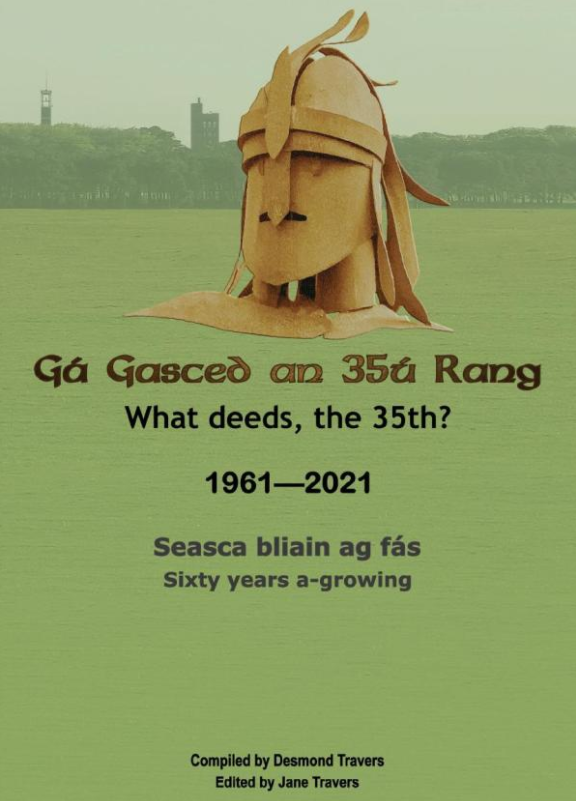 On 31st January 1961 a group of young men from all corners of Ireland gathered together for the first time on a square in the Curragh Camp, and the 35th Cadet Class was born. They would spend eighteen gruelling months working to become officers in the Irish Defence Forces and, after that, would be scattered to different postings and even different countries. ‘Gá Gasced an 35ú Rang: What deeds, the 35th?’, compiled by Colonel Des Travers and edited by his daughter Jane Travers, brings together again the members of that cadet class and, sixty years later, tells the stories of their lives before, during, and after their time in the Defence Forces.

Full details on how to purchase this fascinating book are contained HERE.

All proceeds from the book go to Óglaigh Náisiúnta na hÉireann (ONE) which provides Support, Comradeship, Advocacy and Remembrance (SCAR) for Irish Veterans.