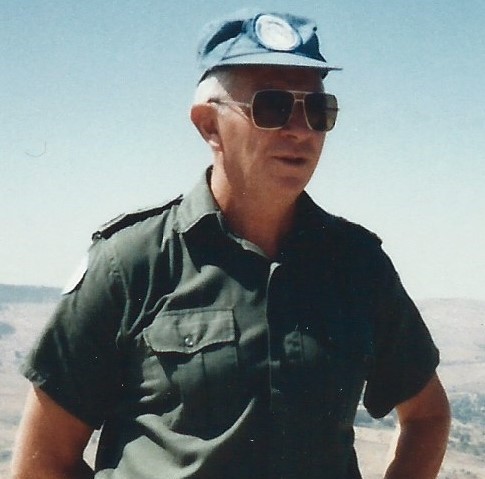 ARCO regrets to inform its members of the death of Colonel Michael (Mick) Moriarty of Kilmacud, Dublin on 3rd November 2022, peacefully at home, surrounded by his loving family. Predeceased by his wife Anne. He will be greatly missed by his children John, Niamh and Daragh, his adored grandchildren James, Myles and Ishaan, son-in-law Robert and daughter-in-law Deepika, extended family, relatives, Defence Forces colleagues and friends.

Reposing at Massey Brothers Funeral Home, 5 Newtown Park, off Newtown Park Avenue, Blackrock, on Sunday, 6th November, from 3 p.m. to 5 p.m. A celebration of Michael’s life will take place on Monday, 7th November, at the Garden Chapel, Mount Jerome at 3.45 p.m. Family flowers only. For those who cannot attend the service you may view it here: https://www.mountjerome.ie/garden-chapel-service/

Members may wish to leave personal messages in the ‘Condolences’ section of Mick’s death notice on rip.ie – https://rip.ie/death-notice/col-michael-moriarty-kilmacud-dublin/513044