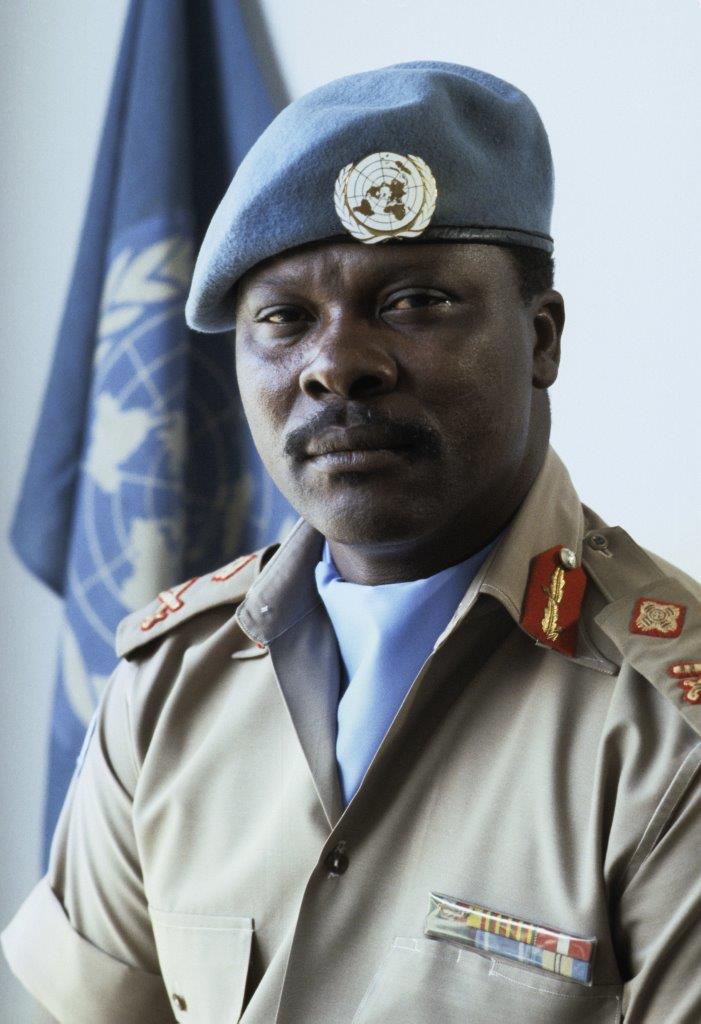 Lieutenant-General Emmanuel Alexander Erskine from Ghana passed away on 7 May 2021 aged 86 years. He was the first Force Commander of the United Nations Interim Force in Lebanon (UNIFIL) from March 1978 to February 1981.

General Erskine joined the Ghana Armed Forces as a Cadet in March 1958, the year Ghana gained its independence from Britain. After initial training in Ghana for six months, he attended the Royal Military Academy at Sandhurst in January 1959. He was commissioned into the Signals Regiment in 1961. General Erskine completed the Staff College Course at Camberley and attended the Royal College of Defence Studies in the United Kingdom. He was Chief of Staff of the United Nations Truce Supervision Organization (UNTSO) before and after his service with UNIFIL.

He is survived by his wife Rose and eight children.